Skip to content
Home » Blog » The Eye of the Storm

The Eye of the Storm 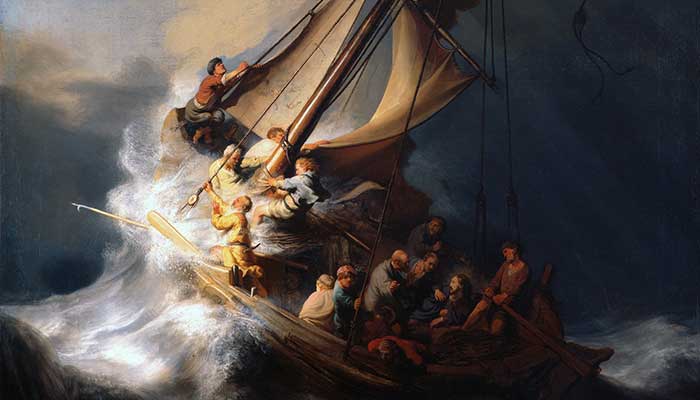 We all have storms…it’s part of being human in a fallen world . We can work to avoid having them, but in the end there are so many things outside our ability to control that its impossible to be rid of them entirely. The overbearing boss, the contentious co-worker, the rebellious child, the angry customer, the distracted driver…they are all out there. All of us have experienced some combination of those things. It is a fallen world…and our life, nobody’s life, is perfect. In fact, it’s war. We are at war. Not with any of those people, but with the power that is behind the painful things people do in our lives. The sooner that we realize that, the sooner all the pain caused by others starts to make sense.

But it isn’t just the other people in our life that can threaten to overwhelm us. Natural disasters, an unavoidable accident, or simply the frailty of the human body…any of those can bring us to our knees. Figuratively and literally. The side of a hospital bed can be the scariest place on the planet…except for perhaps being in it. Wandering through the devastation wrought by a tornado can be overwhelming…wading through the muck of a flood can be discouraging. It’s as though the winds and rain and debris of this powerful storm are just relentlessly battering us sometimes.

So what is the secret to making it through these storms?

These things I have spoken to you, so that in Me you may have peace. In the world you have tribulation, but take courage; I have overcome the world.
-John 16:33-

Jesus spoke to us about how to handle these things…basically, keep it in perspective. If we keep the things of God in front of us, trusting that He is finally, completely in control, all the things that come at us may weary us, but not overcome us. There was an amazing practical application of this truth in the relationship between Peter and the Messiah. If you remember the passage about Peter walking on water, Peter was capable of overcoming the maelstrom around him as long as he kept his focus on Jesus. The moment that he was distracted by the wind and the waves around him he began to sink. Perspective is important.

So, what does this have to do with me and a song on the radio? Put simply, I needed a reminder of this simple truth at a difficult time in my life, and God brought it to me through WGCA. You see, I have talked about the importance of perspective throughout my ministry. Without it we are tossed around like ragdolls in the storms that pass through our lives. But I am not immune to that distraction even if I am aware of the truth of the power of perspective. Being aware of it doesn’t mean that sometimes I can’t be distracted by the maelstrom all the same.

Earlier this year I was in the midst of a raging storm. My wife was in the hospital awaiting tests to tell us if her life was in even more grave danger than her blood disorder and critical anemia had already caused. I wanted to be at her side to comfort her and protect her…in as much as I was able to do either. But instead I was running my daughter to physical therapy…my daughter who had only months before been in the same hospital (twice) as her heart raced out of control. While I waited on her I called my son’s doctor to reschedule an appointment for his ankle that he had injured. Then, on my way to drop him off with my daughter and son-in-law so they could take him to HIS physical therapy, the tire light came on. Sigh. Really? This was a constant problem with a tire that had an intermittent leak. The cold weather seemed to trigger it more. It wasn’t a surprise as much as a reminder of one more thing that had to be done. Specifically, something else that must be taken care of before I could get to my beloved’s side. At that moment my eye was certainly more on the swirling winds around me than on my Master.

Then “The Eye Of The Storm” by Ryan Stevenson came on the radio.

Those words spoke straight to my condition…breaking through the howling storm and snapping me back into His reality. As it turns out, this song came on just before I was going to turn into a parking lot to air up the tire…which was helpful considering my emotional reaction to this song as I had church right there in the driver’s seat of my van!

We have often spoke of the eye of the storm in our family. It is that place where you are able to experience the shalom of God in spite of your circumstances. It is the only place where you can actually help the people around you…and the place in which you need to help them to live. We can’t avoid the storms in this fallen, tired world…but with the right perspective we can have the courage that we need to face them and help those tossed by the same winds.